Fergal has been involved in racing for all of his working life since leaving his beloved Ireland in 1989 to head to England in pursuit of a career in the National Hunt field.

He, along with his still friends, Richard Bevis and Richard Curran, initially learnt their trade, and with it the harsh realities of a racing yard, under the strict guidance of Captain Tim Forster and this early experience has certainly proved to be a major asset on Fergal’s own journey to now being a fully-fledged trainer in his own right.

On leaving “ The Captain “ Fergal then moved to Nigel Twiston-Davies’ yard in the Cotswolds where he spent 20 happy years progressing through the ranks to become Head Lad and Assistant Trainer. There were winners galore at Grange Hill with many high profile horses including 2 Grand Nationals with Earth Summit and Bindaree and a Gold Cup with Imperial Commander.

In 2011 after a brief yet highly successful career as a Point to Point trainer Fergal decided, with the backing of  Cheltenham Corporate Hospitality pioneer, Chris Coley, to set up his own yard, initially at Cilldara Stud near Northleach before then moving back to Upper Yard at Grange Hill Farm. The winners began to flow and in 2019 the exciting move to Ravenswell Farm was made where the landlord, Rupert Lowe, has created a new state of the art training establishment with 80 stables, both an Uphill and a Round Gallop, an Owners’ Room, an Office and 8 en suite bedrooms for staff accommodation. 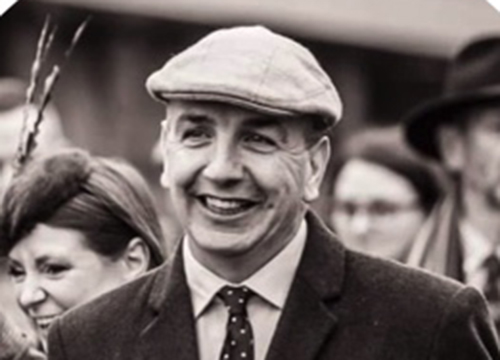 At the age of 14 Stuart joined the team at Fences Farm gradually working his way up to Assistant Trainer to Miss Renne Robson who raced her own homebred horses. When granted a full license the yard was increasingly successful until Miss Robson's untimely passing in January 2015.

Stuart took over the license and more winners flowed. Given the size of his yard the £1.2m won in prize money since 2015 is an amazing return.  Stuart is a Cheltenham Festival winning trainer (Domesday Book) and also had a double at the 2021 Aintree Grand National Festival with Rowland Ward & Hometown Boy. 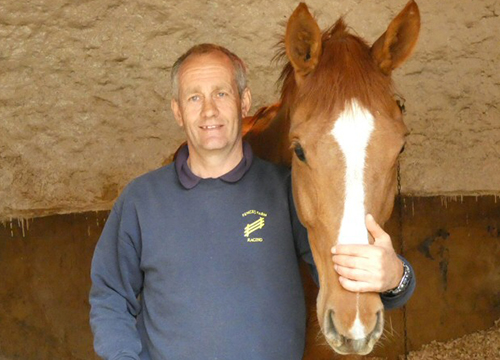 From an early age Olly’s future lay in the racing industry. Originally Olly’s ambitions were in the saddle. He attended Pony Club, hunted and led his Mum’s string, before riding in point-to-points and progressing to riding as an amateur under rules. He rode 30 winners before he inevitably outgrew his breeches!

Once Olly had decided he wanted to train, he spent a year with Alan King. He then made the move to Ireland, joining Gordon Elliott as Assistant Trainer. Olly spent four seasons with Gordon, tasting success at the highest level. During Olly’s time, Gordon won several Grade 1’s, numerous Festival winners and was all topped off by Don Cossack winning the 2016 Gold Cup.

In 2017, the time came for Olly to take up the reins himself. Four years into his training career, Olly has trained over 300 winners, won over £2.5 million in prize money and is a Grade 1 winning trainer! 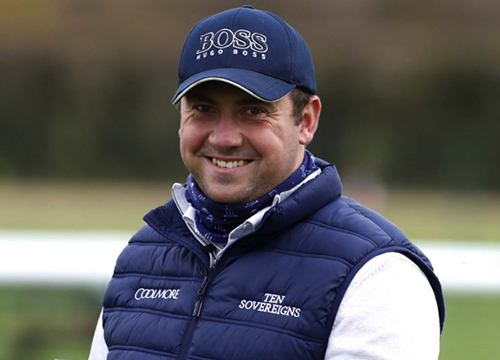 Noel started training in 2013 from Whiteshoot Stables in Blewbury.  In 2016 the whole operation was moved a mere two miles away to the impressive, purpose-built Churn Stables.

Before taking out his own training licence Noel spent the early part of his career as a successful Dressage and 3 Day Event rider, representing the British young Riders Dressage Team, riding at Advanced level Eventing and breaking in and producing many young horses for both disciplines. This was followed by 10 years as Assistant Trainer to Alan King, during which time he was involved in overseeing the training of the likes of top class horses Voy Por Ustedes, Katchit, My Way De Solzen and Halcon Generlades to name just a few.

Noel is well known for his patience with horses, so coupling this with a diverse wealth of knowledge plus his all round horsemanship, he is extremely well equipped to give each individual horse in his care every chance of being successful on the track. 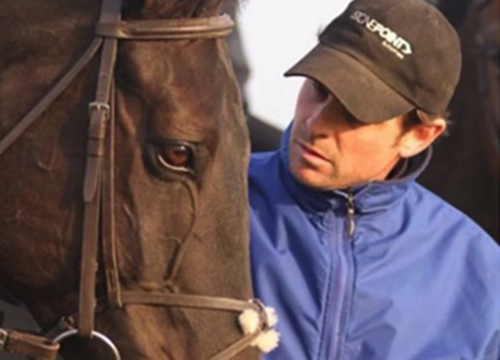 Ben Case started his career as a successful event and point-to-point rider, before gaining valuable experience working within the bloodstock industry.

He went on to work extensively with both flat and national hunt trainers including 2 years in the USA with Eclipse award winning trainer Shug McGaughey.

On the National Hunt circuit, Ben worked with Oliver Sherwood in Lambourn and Arthur Moore in Ireland. Newmarket flat experience was earned by a short period at Luca Cumani’s yard and more recently, he was Assistant Trainer to Erwan Charpy, based in Dubai, for 5 years.

Backed by this sound knowledge of all aspects of racing, Ben took out a full training licence in his own right in 1999, initially operating from a small yard, adjoining historic Edgcote House, moving to larger premises at Wardington Gate Farm in 2006.

Ben is assisted by a team of dedicated and friendly staff.  Each horse is trained as an individual with the very best care and attention to detail.

Always keen and enthusiastic, Ben has many ambitions waiting to be fulfilled and looks forward to a bright and successful future, training both Flat and National Hunt horses. 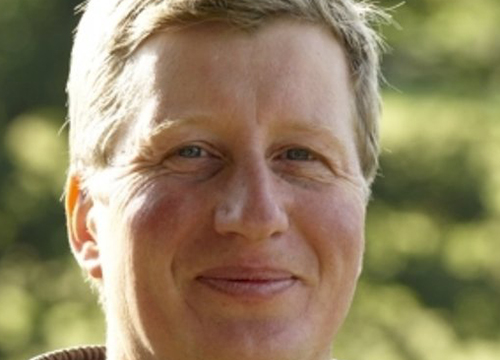 Fleur is an experienced point to point trainer, held a license under rules and trained many winners from her South Norfolk base. Fleur also rode as a category B jockey and rode to success on numerous occasions.

We are delighted Fleur will look after our horses for convalescing, Summer grass and pre-training.

An idylic setting in the peaceful countryside, where not only can our horses be refreshed, our owners can come and visit followed by lunch and a glass at the local, all on BDR of course.